Annual General Meetings are usually conventional procedures for most associations and the BRA’s on 18 May, in the belle époque elegance of the Hotel Schweizerhof in Berne, was no exception. There was however some good news for the many members present, but more anon.

In his report on the past year, Chairman Graham Robertson observed that the BRA’s future depended on attracting new and younger members but it was not practical to chase them early in their careers. It was necessary for the BRA to adapt to welcome a new cadre but to ensure that any adaptation did not drive out existing members. The Council was giving much thought to this matter and ideas on the subject would be welcome from members.

Diligent management by the Treasurer, Peter Payne, had provided a clear expenditure framework to help and guide those organizing events and this was now bearing fruit. It had been necessary to raise membership fees and members were encouraged to find more advertisers for the BRA website and Bulletin.  The association had remained active in organizing events with over 100 having taken place throughout Switzerland in 2018. These had included QBPs, formal lunches with speakers, a jazz weekend, informal round tables and visits to theatres, museums and industrial plants. A new event had been a pilot tennis tournament and it was hoped to develop this idea. There were also suggestions for bridge and scrabble tournaments as well as a return to some form of golf competition.

To enhance communication with members, the Chairman said that more use was being made of e-mails and Deborah Gorsatt had spent long hours successfully developing the BRA website. There was also a new editor for the Bulletin – Annabelle Patchett. The Council had agreed to introduce a digital version of the Bulletin, which should reduce the BRA’s postal costs. Although not a user of social media, the Chairman noted that it was a tool that had to be mastered to attract young people and the BRA was now looking for somebody with the necessary skill to get a page up and running. However, not every member had access to the Internet and traditional forms of communication were still required.

The Chairman noted that the BRA had two unique features in supporting members. There was the regional framework, which allowed local matters to be treated locally while permitting coordination at the national level. The second feature was the valuable and close relationship with the British Embassy in Berne which facilitated the passing of information from and to members. In addition, the BRA was working to strengthen relations with other diplomatic missions and various local associations.

In closing his report, the Chairman urged members to join the Council and to get involved in organizing local events. To all existing Councillors, not only he but all of the BRA owed a great debt of gratitude. He noted in particular Vice-Chairman, Angela Meier-Jones, for always stepping up to the plate when needed, and the Treasurer, Peter Payne, for having introduced the new robust financial management system. Finally, the meeting expressed its widely-held view that the BRA’s peerless Secretary, Noreen Lucas, was owed the deepest thanks possible for having maintained the “engine room” whilst suffering extensive treatment for her medical condition. All wished her well.

There was some good news from Peter Payne in his report on the BRA’s finances. A slowing in the yearly fall in income and another welcome fall in expenditure had reduced the operating deficit by over CHF 400. Indeed, events had returned a healthy surplus.  Subscription income was down in 2018 but advertising income for the Bulletin and the website was up as a result of increasing traffic and greater awareness. Overall the net deficit in 2018 has been reduced by almost 80% compared to 2017. Looking to the future, the Treasurer noted that the modest increase in subscription rates should help income going forward. He aimed for a growth in advertising income to become 10% of total income, and perhaps more. It was important, however, not just to stop haemorrhaging members but to attract new, younger members. Following approval by the AGM of the Treasurer’s report and that of the Auditor, Tony Clarke, those present went on to give unanimous approval to the election of the Council for 2019 – 2020.

The Chairman told the meeting that Michael Type was standing down after having served the association since 2007 as an active Councillor, National Chairman, and Bulletin Editor. He thanked Michael for all his sage advice and support to himself when he became Chairman.  He alluded to all Michael had done to benefit the membership in his many roles, not least within Michael’s forte as the impressario for past (and a future) musical spectacular events. The Meeting showed its appreciation.

Having concluded the business, we were fortunate to have the presence of Dr Ariel Sergio Goekmen from Schroder Bank in Zurich who had generously sponsored the much-appreciated aperitif.

The highlight of every Annual General Meeting is the luncheon and the talk by the Guest Speaker. This year, the Association was honoured to hear its Patron, the British Ambassador to Switzerland and Liechtenstein, H.E. Jane Owen. She gave a riveting, humorous and highly interesting address during which she told those present about her family and early years before entering the Diplomatic Service and the countries in which she had served, particularly Japan. She then participated in a lively question and answer session. Diplomatically, she did not enter into the minefield of the Brexit debates in Parliament and the country. She did point out that, whatever the United Kingdom’s future relationship with the European Union, UK would still be an important political force and the fifth largest economic power in the world with a major financial centre in the City of London and a strong manufacturing base,

On behalf of the BRA, Jo Smith MBE warmly thanked the Ambassador for her stimulating address and presented her with a fine bouquet of flowers and a ‘chew bone” for her “Diplodog Benji”. (Note: See Twitter @JaneOwenFCO May 21 for photos of Benji.)

The Chairman closed the event by thanking all those who had worked to organise and support this successful and enjoyable BRA event and wished all participants a safe journey home. 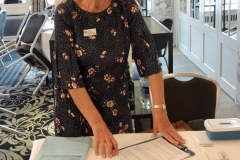 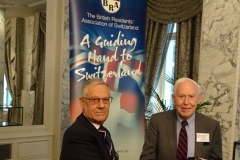 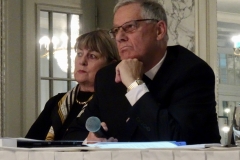 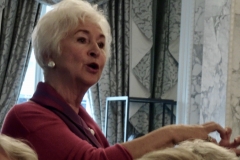 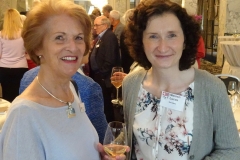 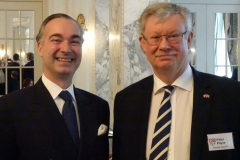 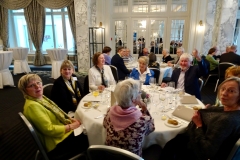 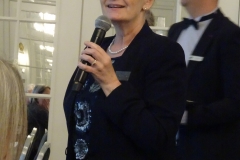 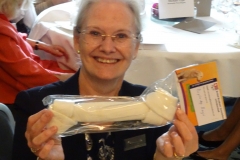