A “SCULPTURE“ WALK AND TEA

We enjoyed outdoor Tea  with Sculptor Freddie Röthlisberger at the Hotel Zurichberg.  He is greatly inspired by Celtic traditions. Although it rained  we looked at his statues in the Hotel Park Garden, listening to his explanations. Artistic innovations, intricate stone carving and fine metalworking artifacts crafted from gold, silver and precious gemstones inspired by the Celts are a major part of  European and North American museum collections.

It is difficult to trace Celtic history as none of these ancient peoples living in Europe called themselves Celts. The Greeks made their first contact with “barbarian“ people calling them  Keltoi in 540 BC. The ancient Celts were never a kingdom or an empire but hundreds of tribal chiefdoms sharing culture and language. They spread across the continent from Turkey to France,  Spain and the British Isles. The Helvetians the largest of around 11 intersecting Celtic tribes living in what is now Switzerland  around 2,500 years ago shared music and culture. Although different tribes they were united by a common language – now Cymric in Wales, Gaelic in Ireland and Scotland, Breton in France. Alpine or Swiss yodelling is rooted in the Celtic culture – like Scotland’s bagpipes

By the third century BC the Celts controlled much of the European continent north of the Alps. Julius Caesar’s Roman armies tried to invade Britain but were unsuccessful as the Celtic people established their homeland. The Romans built Hadrian’s Wall to separate England and Scotland in 120 AD to protect the conquering Roman settlers from the Celts in the  north.

Modern Swiss culture –  website addresses ending with .ch –  the currency –  postage stamps not printed with Switzerland, but Helvetia – reflect the Celtic history and the tribes in Switzerland about 2000 years ago. 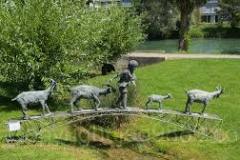 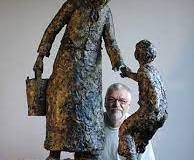