“Christmas waves a magic wand over this world, and behold, everything is softer and more beautiful”    (Norman Vincent Peale)

Our regional Christmas lunch was held this year at the Campanile Hotel in Martigny and I’m sure that all members present would agree that it was Deborah who put the magic touch into our day.

We were greeted by Deborah and a glass of Moscato and we chatted happily to old friends and new from our region and from further afield.  We later sat down to a delicious meal of prawn cocktail, followed by turkey and all the trimmings – the lady chef “Anna”, hired specially for the occasion as she did such a good Christmas meal two years ago, did a great job again this year.  After the main course, Deborah emerged from the hotel kitchen with the Christmas puddings which she had brought over from GB – she then proceeded to set alight some brandy before pouring it over the puddings – they were deliciously boozy!

There were even Christmas crackers put together by Deborah’s fair hands with the traditional cracker jokes, paper hats and key rings of London taxis or buses, Big Ben, letter or phone boxes.

After coffee and “After Eight” mints we all joined in a sing-along of Christmas songs – no excuses were allowed as the wording was displayed on-screen thanks to Nando’s IT talents!  One or two ladies had amazing soprano voices.  The afternoon ended with everyone getting up to cross hands and sing Auld Lang Syne.

Graham thanked everyone for coming and thanked Deborah for her meticulous work in preparing the day and Nando for organising the sing-along.

Once again Deborah and Nando did a great job in ensuring that we all had a happy and friendly Christmas celebration in traditional British style.  At the end of the day we made our farewells and headed home looking forward to seeing everyone again at a future BRA event. 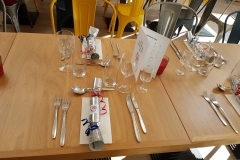 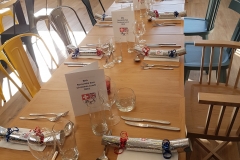 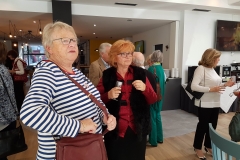 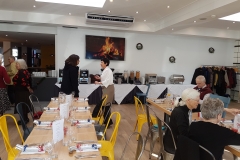 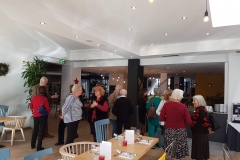 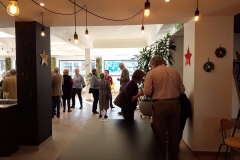 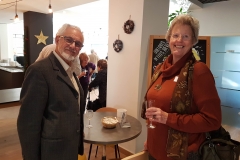 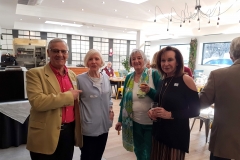 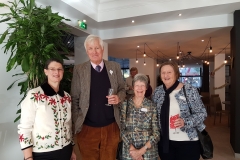 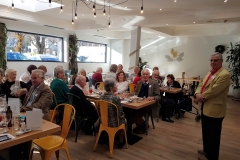 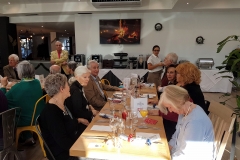 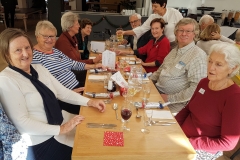 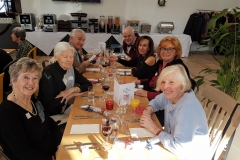 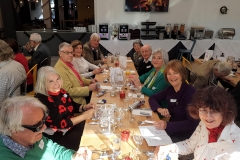 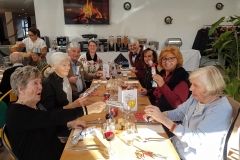 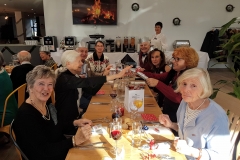 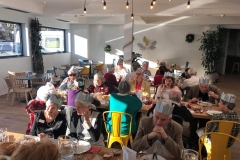 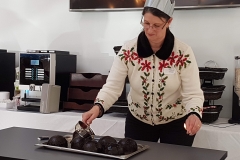 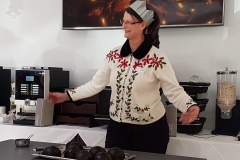