After a real flurry of emails about whether or not we could walk if it rained there was general agreement that we could.
Under that stress Diana Divo described herself as “not a manager but a worrier”.  We find her a great organiser, and since worrying meant that she had reconnoitred our route 3 times, it was perfect.
A not too strenuous, extremely pleasant river-side walk with fun details:  watching 2 strong men first punting a ‘Waidling’ upstream then paddling it to the other bank;  near a children’s zoo we spotted very large woolly pigs grazing and being photographed. There were dramatic views of all the various towers in Zürich, including the skyscraper silo, and ending with the ancient Hardturm gracefully hiding behind trees.
Birdsong, sunshine – of course no rain – and we chatted all the way and during a long coffee pause at the Sphères bookshop.
Altogether another congenial afternoon of discovery. 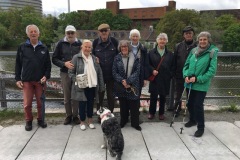 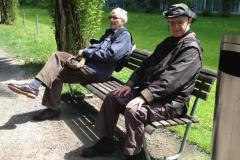 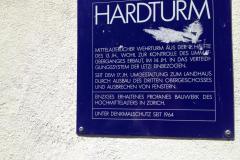 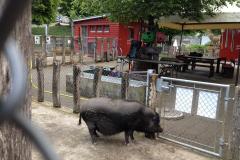 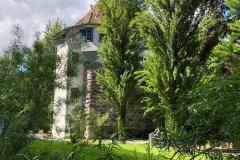 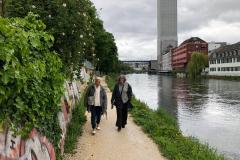 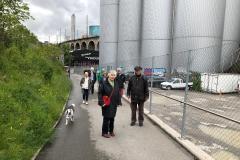 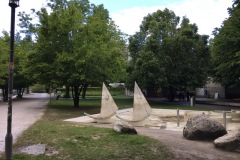 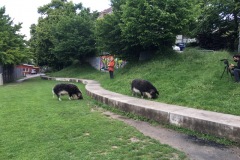