NEW YEAR GET TOGETHER

The BRA NE Region traditional New Year’s gathering had some added zest when it kicked-off with a good social meeting at The British Cheese Stand in Zurich’s Markthalle.
It is a totally casual get-together at Mike Jones’s stand and visibly enjoyed by all.

The conversation flowed and Joanna Koch thanked us all for coming and said a special thank you to Susan Straubinger who in 2002, when Joanna was appointed the BRA Chairman, relieved her of the burden of the layout and printing of the BRA Bulletin, by transforming it from a few pages into the layout which is still used today.

We all then paid attention to Mike Jones, as he explained about the excellent cheeses that we could try and buy. There were also English beer and delicious English ciders, as well as the usual red, white and soft drinks.

Mike, the successful owner of this enterprise, has certainly found something that he enjoys doing and he told a few fascinating anecdotes around the cheese selection we tasted (including, of course, Prince Charles’s favourite, Stinking Bishop, and a Cheshire Cheese as made by the Romans, where remains of a Roman cheese dairy were found at Chester Castle).

Mike is in the process of writing a book with each chapter named after, and devoted to, a particular cheese, with a personal story attached, but is too busy yet to have finished it!

It is always a pleasure to visit the Markthalle, with its pie shop and restaurants and all sorts of delights for eyes and taste buds. Everyone seemed to have a most pleasant time, and some left with a good cheese-board’s worth to enjoy at leisure at home.

The participants included, amongst others, visitors from the Valais, Luzern, Stuttgart and lots of locals. 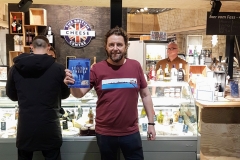 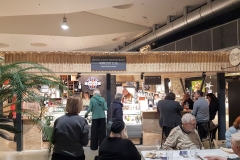 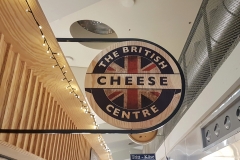 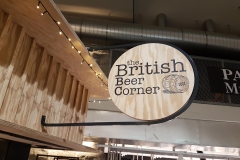 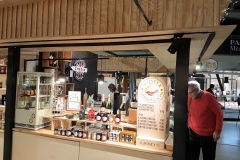 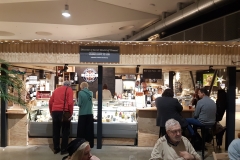 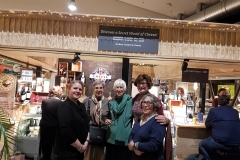 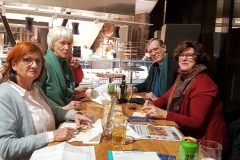 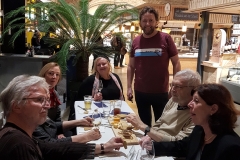 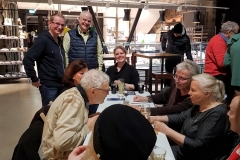 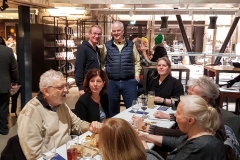 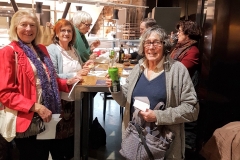 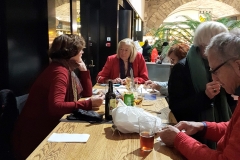 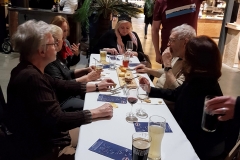 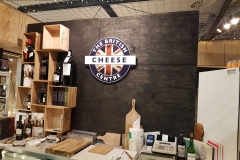 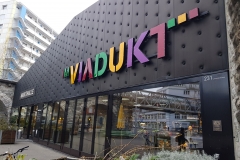 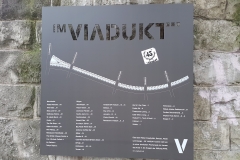 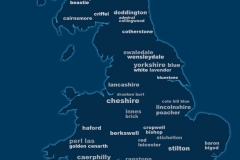