Romandie-East members celebrated HM the Queen’s Birthday with its annual picnic and croquet competition in Sion. The standard of play has been raised this year by the recent establishment of “Croquet Valais Group” some of who are members of the Swiss Croquet association, this was evident as we watched some hard-fought matches. To make the competition fairer, Dave Underhill, the President of the Swiss Croquet Association, paired good players with the not so talented, and this increased the interest, and rivalry amongst the participants.

This event brought the Vaud and Valais members together in a large number for the first time since the beginning of the pandemic, and for them to have the opportunity to picnic in the open air and to barbeque.   Conversations were courageously optimistic about the future, after the tensions of lockdown, forced seclusion and family separation. It was agreed that there was much to look forward to, with planned holidays, eating in restaurants and visits to see family members.  There was generous exchange of food and wine, previously frowned upon by the authorities, but not now, with the knowledge that most, if not all, were doubly vaccinated.

Angie Meier-Jones, Chairperson of the BRA, was a welcome guest, and presented the prizes to winners and losers. Romandie East are grateful to the Swiss Croquet Association for the donation of presentation plates and cups as prizes. I wish to acknowledge the contribution of Deborah Gorsatt and Rosy Andrey to this most successful party, for their liaison with the local football club for the use of its club house, for arranging the bunting, and table presentations and coordinating the rubbish and recycling clear up, these latter tasks of paramount importance, not only for the protection of the environment, but because we would very much want to use the facilities next year !!- Also, this event would not have run so smoothly without Dave Underhill’s contribution in marshalling us all into teams, in his umpiring and competition organisation.

Naturally, we toasted the birthday of the HM the Queen, (and of course, the President of the Swiss Confederation)  and reminded ourselves that she had also endured a tough year with all her family issues and the loss of her beloved husband, the Duke of Edinburgh. Next year will be the Platinum anniversary of her ascent to the throne. We will have to think “how to capture the spirit“ and how to symbolise this historic milestone, of her seven decades as Queen, for it will be the first Platinum anniversary in British history. 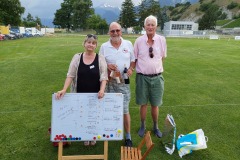 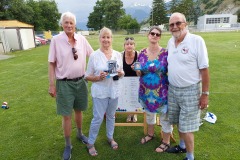 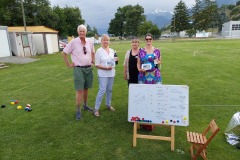 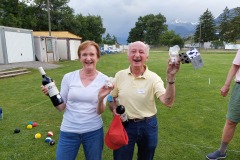 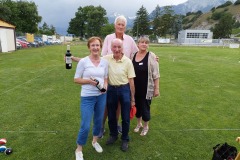 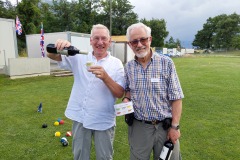 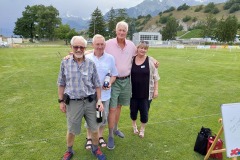 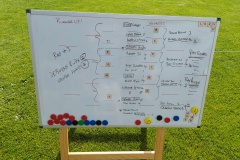 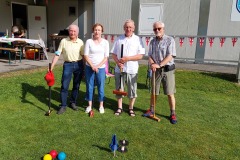 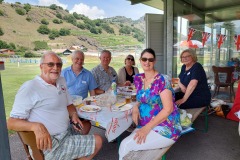 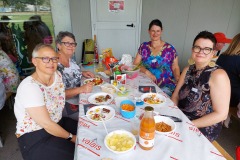 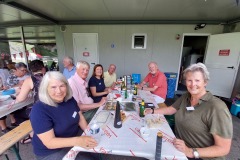 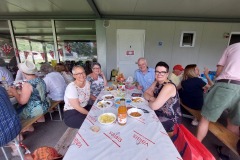 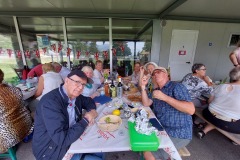 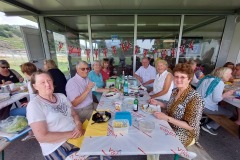 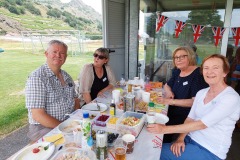