At 17:30 on our way to the QBP the heavens opened up and it poured, then it hailed and the wind was ferocious but just before 18:00 hours the sun came out and it was QBP as usual.
Once again held at the hotel Merian, in the cafe Spitz where we have the balcony on the Rhine.
Not the usual boiling hot weather from other years but very pleasant. David Semmens from the firm Cripps Pemberton Greenish came from London so thank you David for your support you give the BRA.
Dr. Alan Chalmers proposed the loyal toast.
During the evening we received the news that the last two in the battle for Prime Minister were to be Boris Johnson and Jeremy Hunt, we remembered three years earlier celebrating her Majesty’s 90th birthday it had been the day of the first referendum vote and who would have thought that 3 years later we would still be neither nor!
The only constant being that we were still celebrating the birthday of her Majesty Queen Elizabeth II.
A thoroughly enjoyable event and one that brings members together. 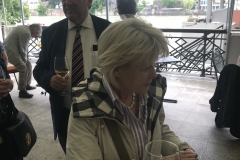 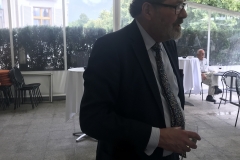 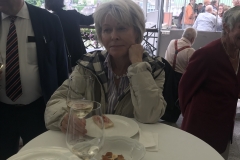 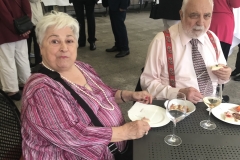 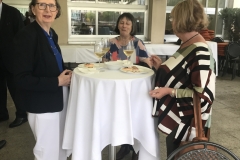 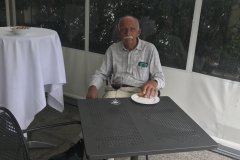 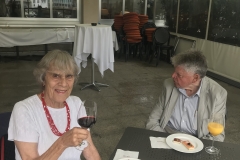 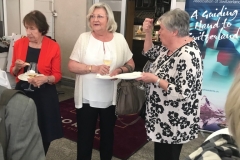 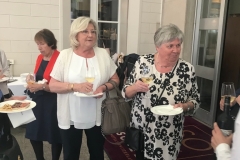 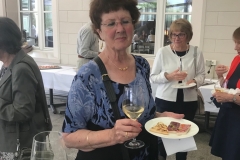 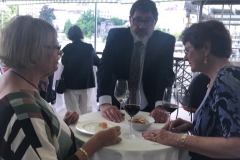 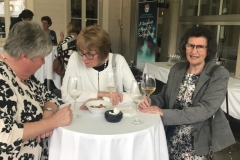 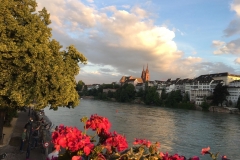