The birthday party to celebrate the Queen and her 70 years on the throne was held this year at the stunning location of the Château de Bossey.
It was a beautiful summer’s evening and the perfect way to celebrate the Queen’s platinum jubilee.
Pink champagne kick-started the event, to be quickly complemented by a varied mix of delicious canapés which, of course, included traditional egg mayonnaise and cucumber sandwiches.

Guests were greeted by the skirl of the bagpipes, rousingly played by Guillaume Benard.
Musical entertainment continued throughout the evening with a selection of songs performed live by a group of talented singers from GAOS (Geneva Musical Theatre).
The songs were a perfect blend of 1950s and war time favourites such as The White Cliffs of Dover and We’ll meet Again, which got the whole audience joining in.
The guest of honour for the evening was Camilla Chalmers from the British Embassy in Bern who made a very touching speech and proposed the loyal toast to Her Majesty.
This was followed by the National Anthem, led by the powerful operatic tones of Kirsty Griffiths.

The view from the château could not have been better with a vista of Lake Geneva and the mountains behind.
The venue was beautifully decorated with Union Jacks, bunting and a 1950s Rolls Royce in which a photo of Her Majesty was duly placed, waving at us throughout.

Thanks are due to everyone who helped make the evening such a success, specially to Michael Bruce for lending his wonderful vintage Rolls, to the GAOS singers, to Kirsty Griffiths, and to the volunteers who checked tickets, bought supplies, and decorated the venue so beautifully.

Thanks of course go to Jan Powell and Pam Walsh for organising the whole event.
What a memorable evening, I’m sure Her Royal Highness would have been proud. 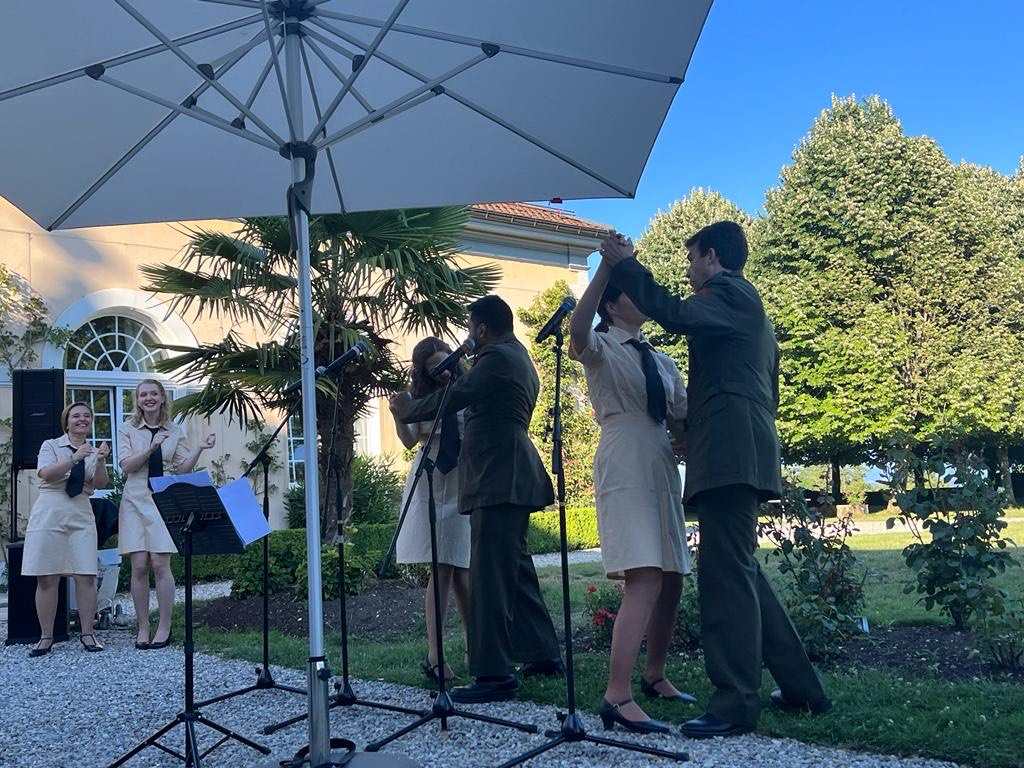 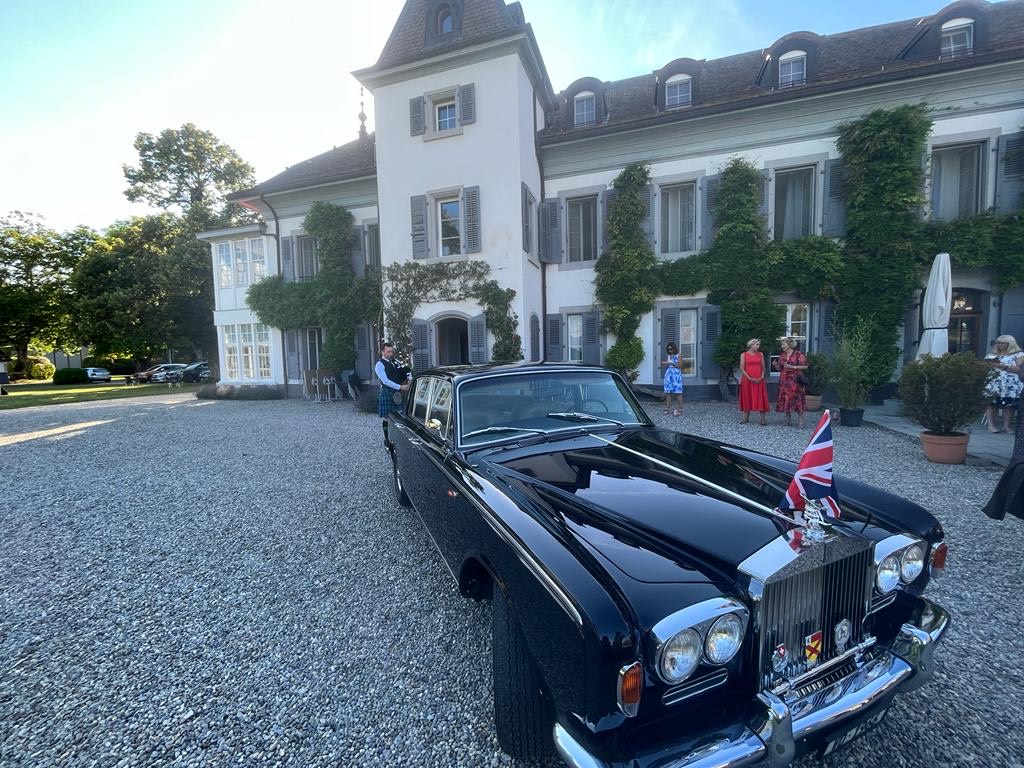 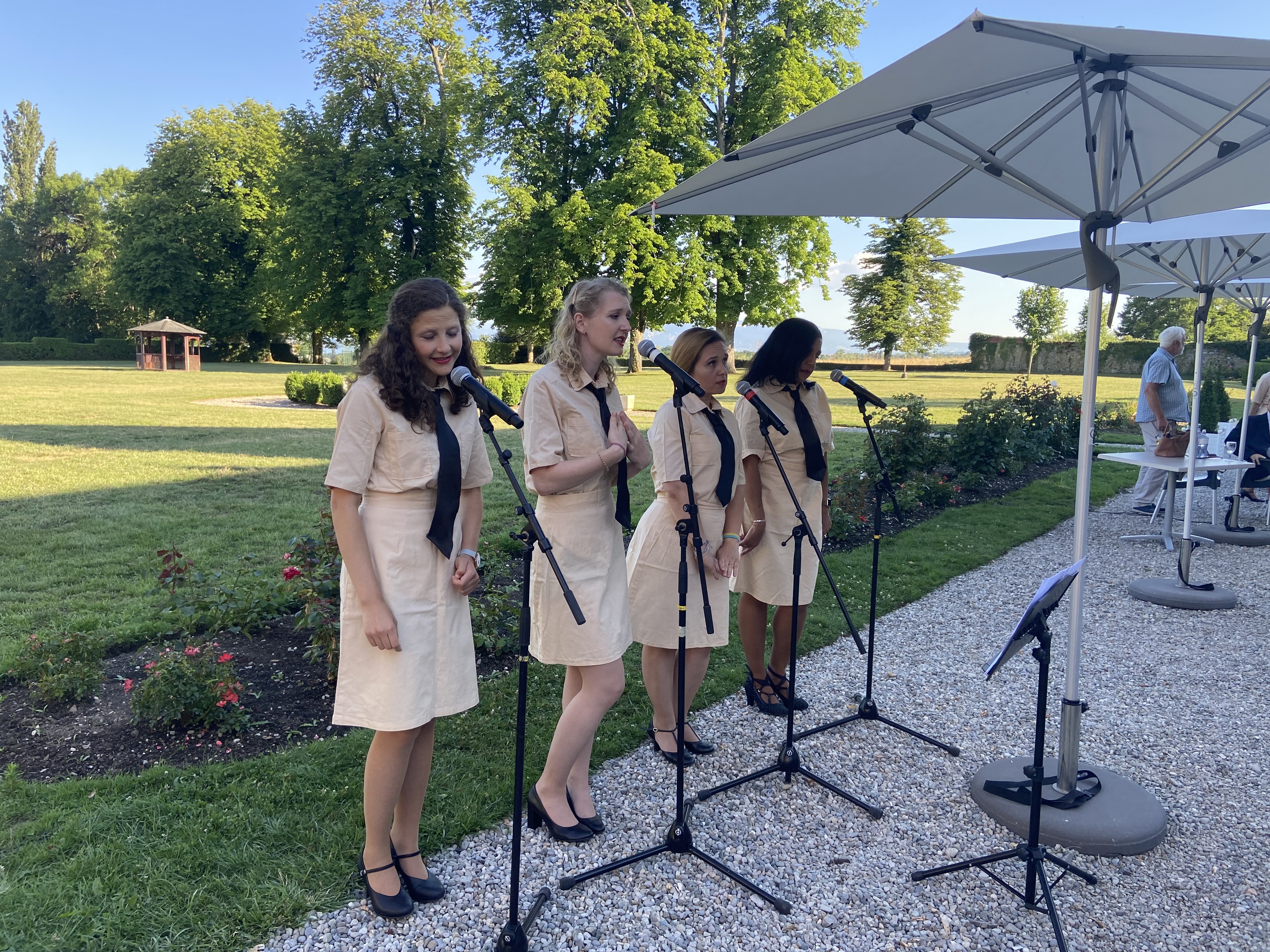 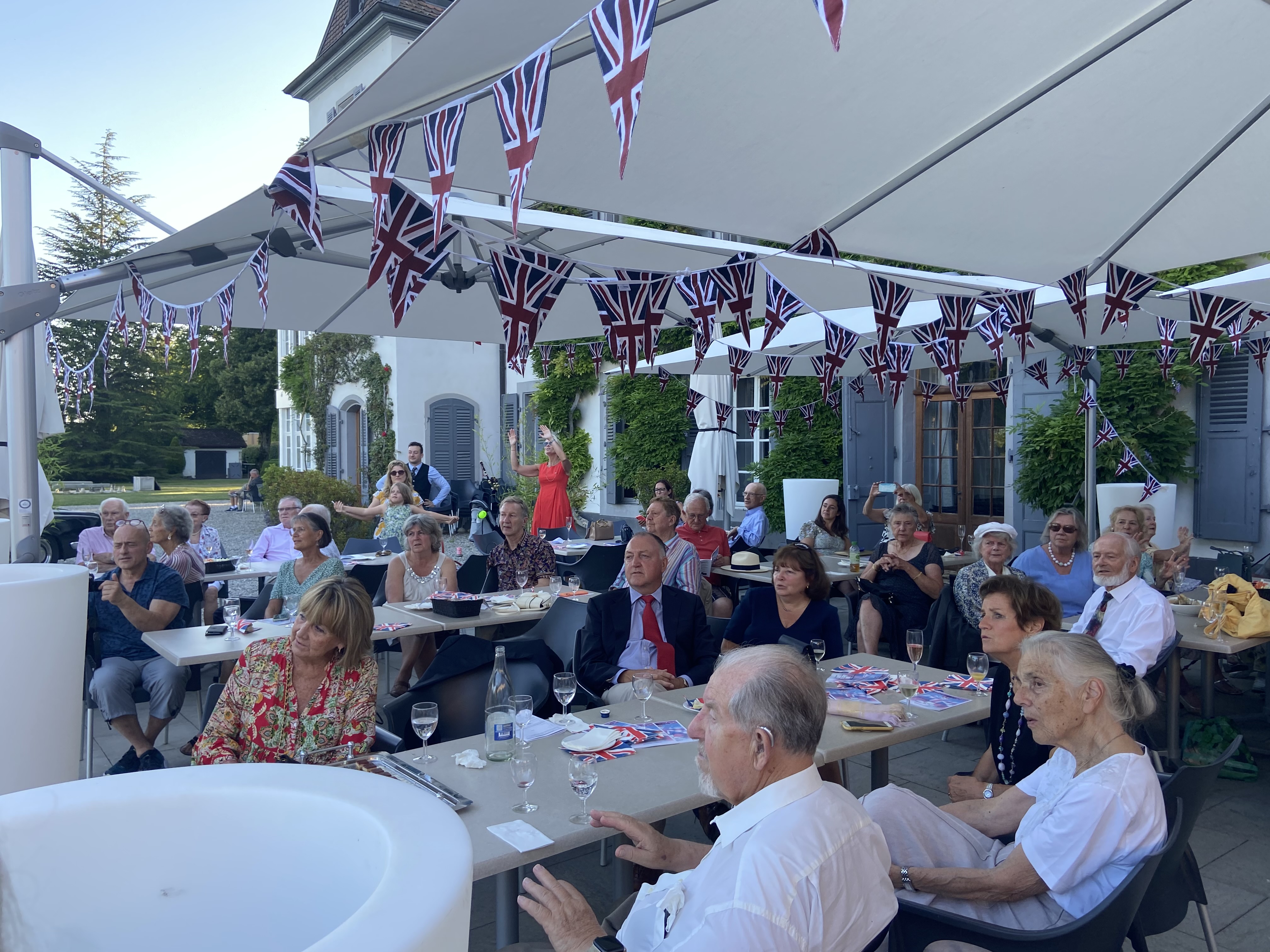 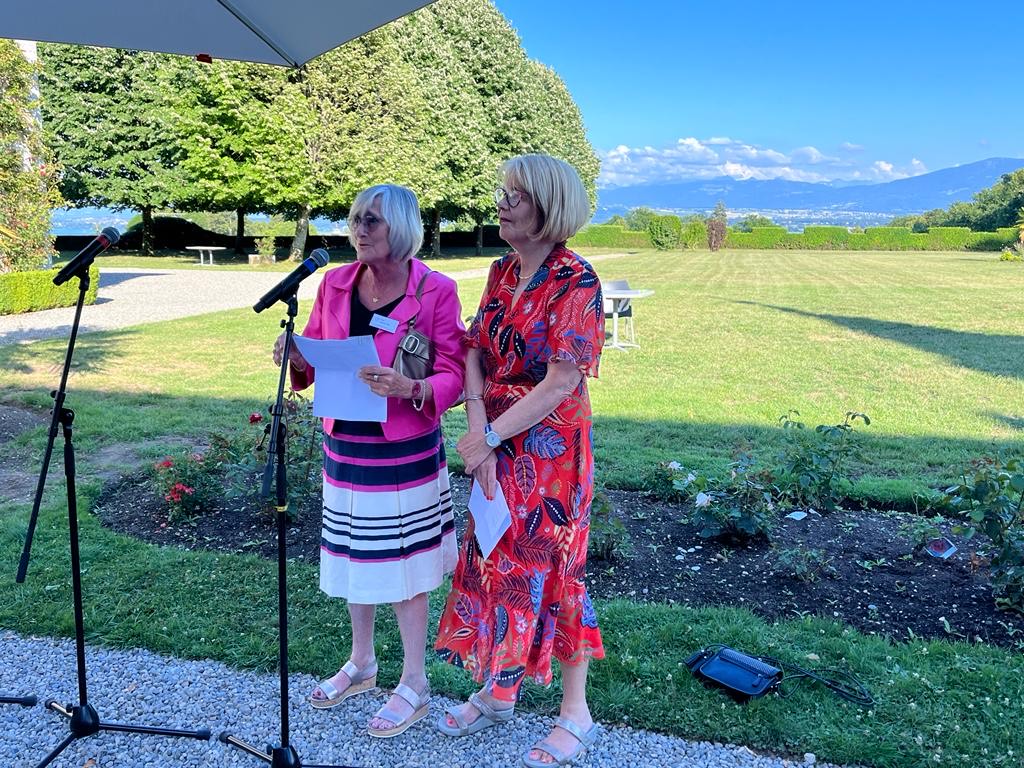 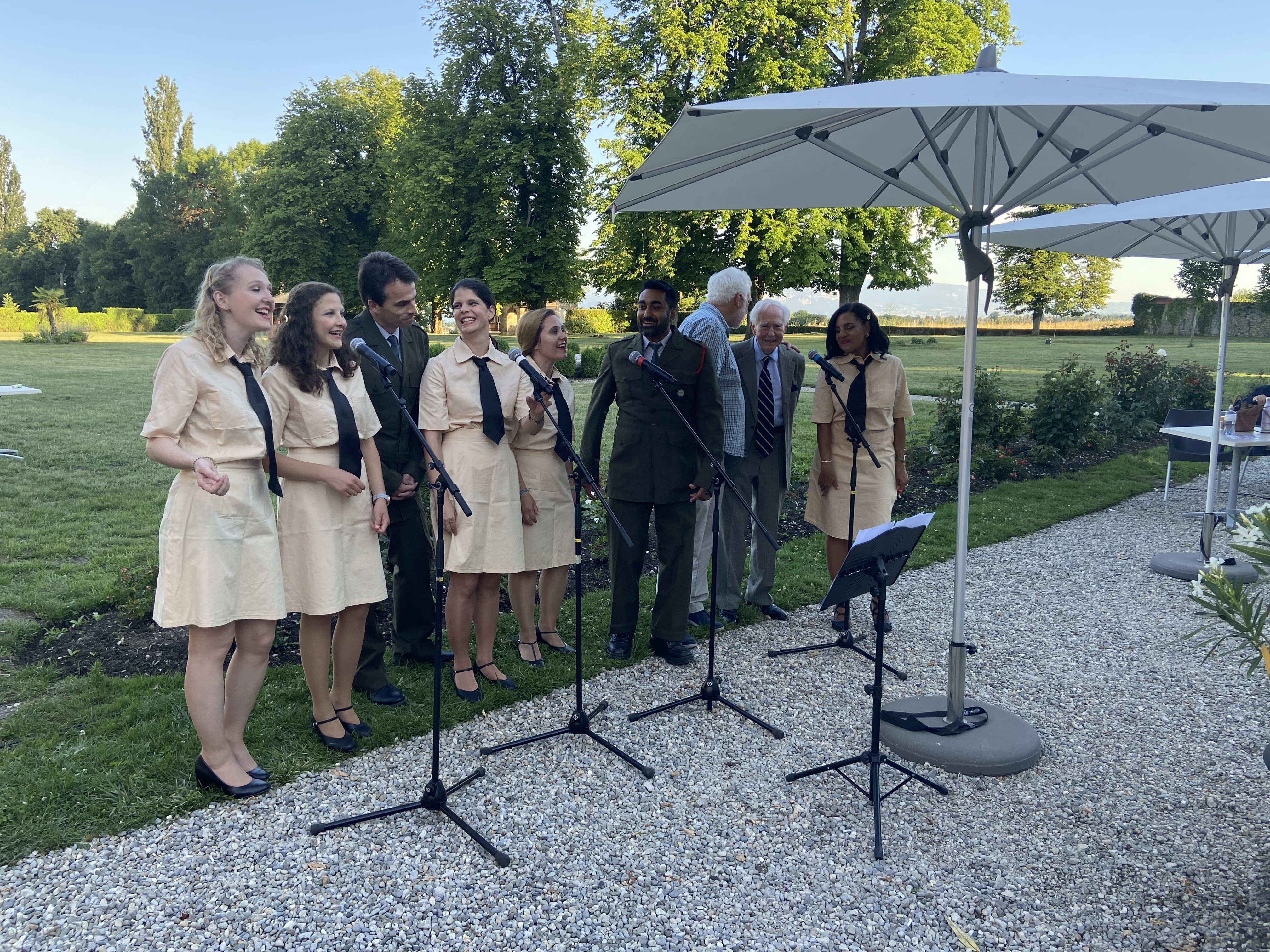 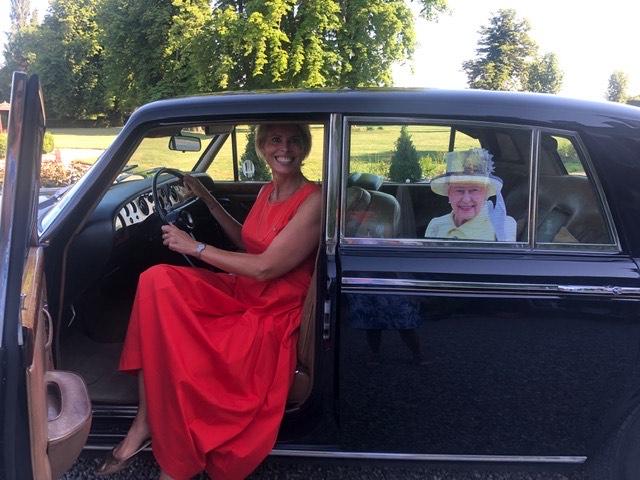 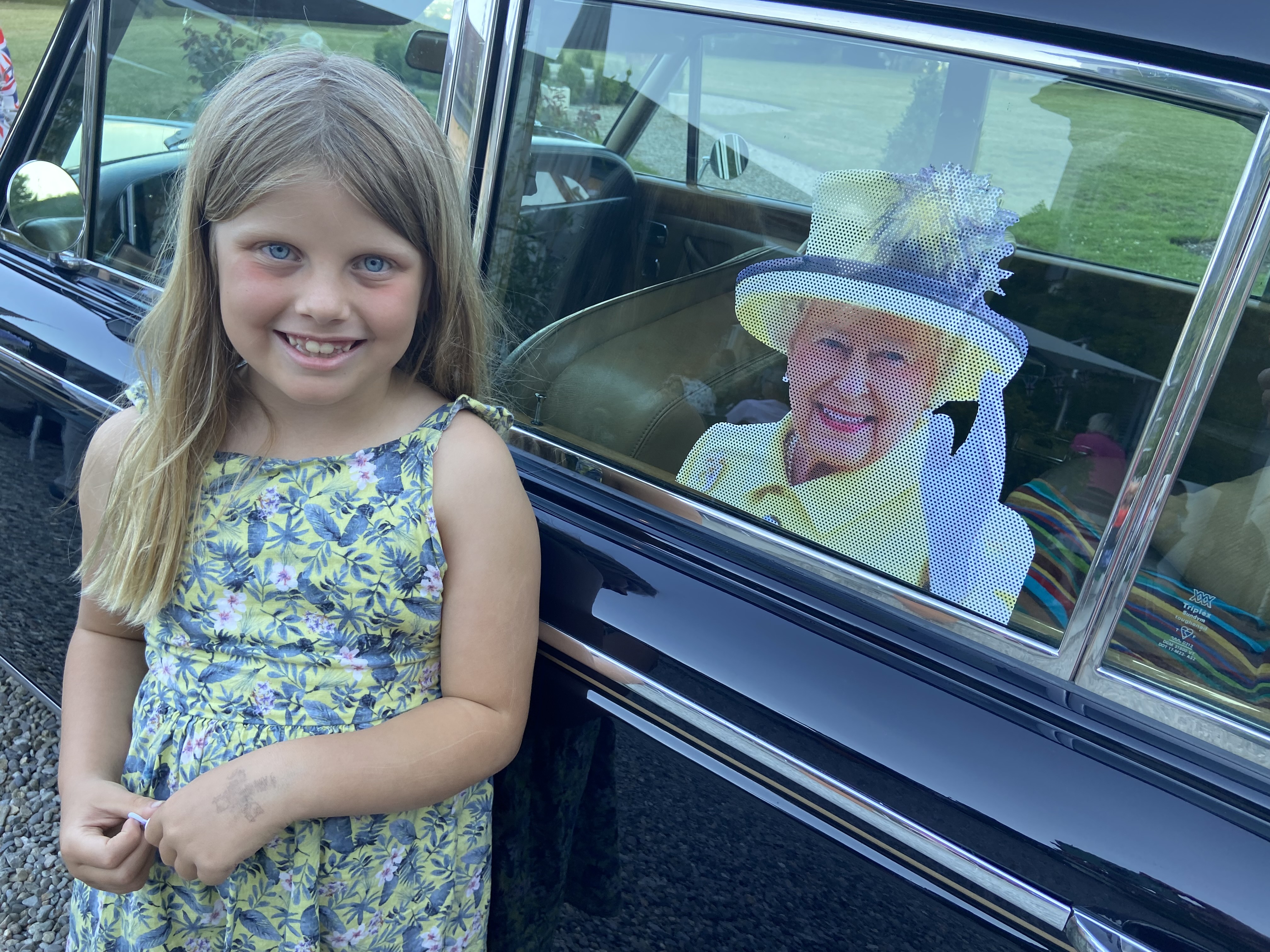 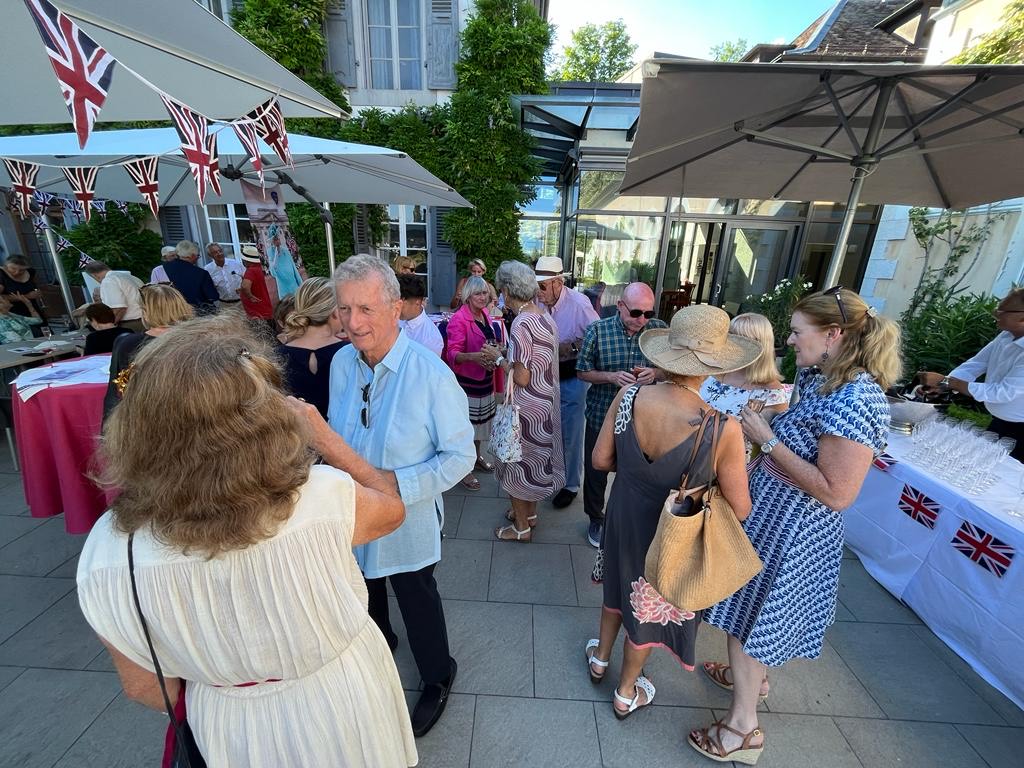 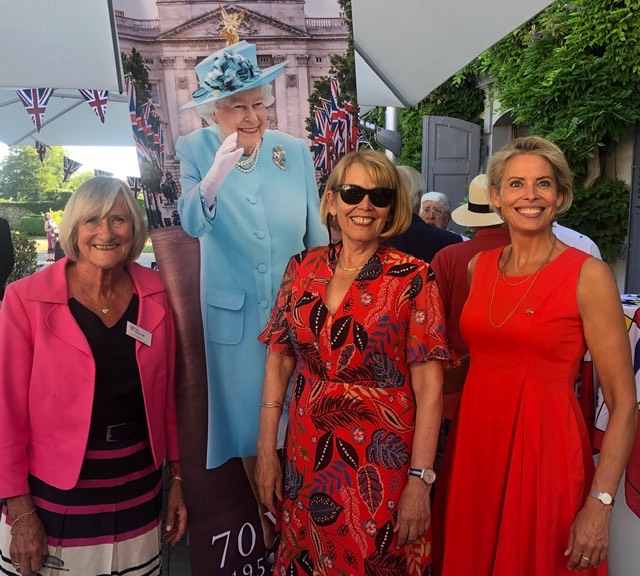