PIMM’S AND PIES FOR ROMANDIE-WEST’S QBP

The Queen’s Birthday Garden Party is the highlight of Romandie-West’s social calendar, so this year’s organising team scratched their collective head to come up with a plan to entertain and delight.  We were lucky once again to have the beautiful grounds of the Geneva English School in Genthod as our venue, with its fabulous views of the lake and Alps beyond.

To set the garden party tone, we decided on a refreshing Pimm’s as our celebration drink and a willing team of servers was soon assembled. Departing from tradition, and with an appealing alliteration, a delicious choice of eight different mini pies was to be provided, along with a festive spread of dips, sausages, Scotch eggs and sandwiches, all to be topped off with strawberries and ice cream.  Live music was organised, decorative bunting was ordered and we just had to cross our fingers that the weather gods would play their part in making the day a success.

Despite the previous week of storms, the 19th June dawned fine and bright.  Around a hundred guests gathered in the sunshine to toast Her Majesty, including a number of BRA members who had made the journey from other regions.   The sound of bagpipes played by Ray Saunders, welcomed guests as they crossed the garden to the Pimm’s Bar and to sample the copious supply of pies and other goodies.  The formal part of the evening began with a welcome from Alan Baker, Chairman Romandie-West, and an introduction to the Geneva English School by its Head, Tim Meunier.   Pamela Walsh OBE read out a message received from Buckingham Palace, to be followed by guest of honour, Ambassador and Deputy Permanent Representative to the UN and other International Organisations in Geneva, Miriam Shearman, who outlined the role of the British Mission in Geneva.  She proposed the Loyal Toast to Her Majesty, and another to the Federal Council of Switzerland, by which time we were all ready to  join in a rousing rendering of the National Anthem and Land of Hope and Glory led by soprano Kirsty Williams, accompanied by  Simon Hunt on keyboard and David Cooke on Bass.

With the formal part of the evening over, it was time to catch up with friends old and new, and enjoy dessert – delicious bowls of strawberries and cream and, perhaps the  crowning glory, Mr Whippy ice creams from Salvatore  the Italian ice cream man who came from Neuchâtel via Manchester.  His traditional ice cream van, complete with chimes, brought back childhood memories for many, while his chocolate flake 99 cones went down a treat.

Of course, the evening would not be complete without a tombola, and we are extremely grateful to the number of local businesses who provided prizes and support.  When the time came to pick the winners, star of the show was one of our youngest guests, four-year-old Henry Hayes who showed off his extrovert personality selecting the winning tickets and calling them out to the crowd with confidence beyond his years.

Thanks are due not just to the organising team (Alan Baker, Hannah Bruce, Ted Talbot, Michael Type, Pam Walsh and Jan Powell) but to all those who gave a hand on the day, setting up and ensuring our venue looked the very picture of an English country fête, and staying on after the party to help with the least popular part of the evening, the big clear-up! 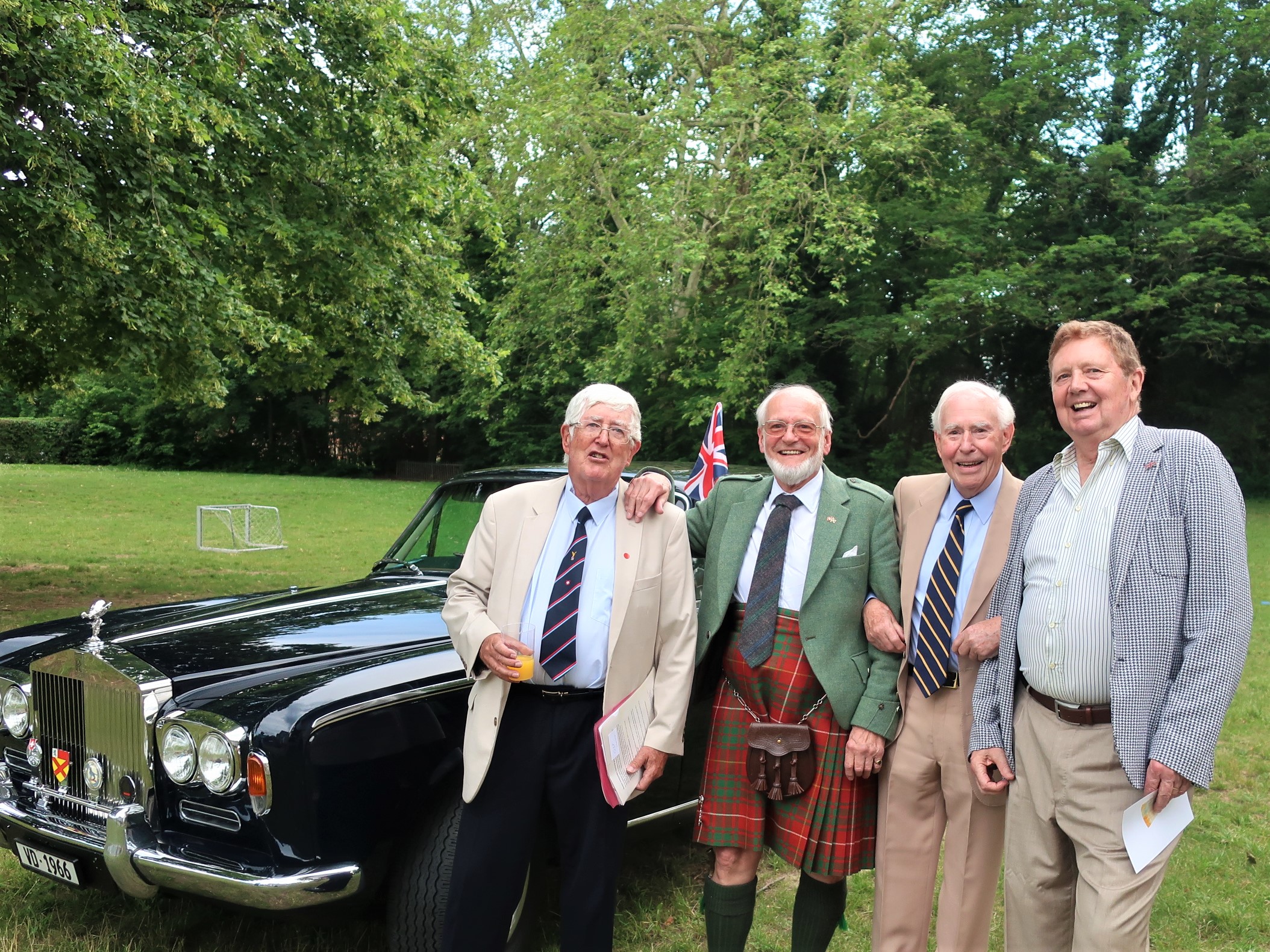 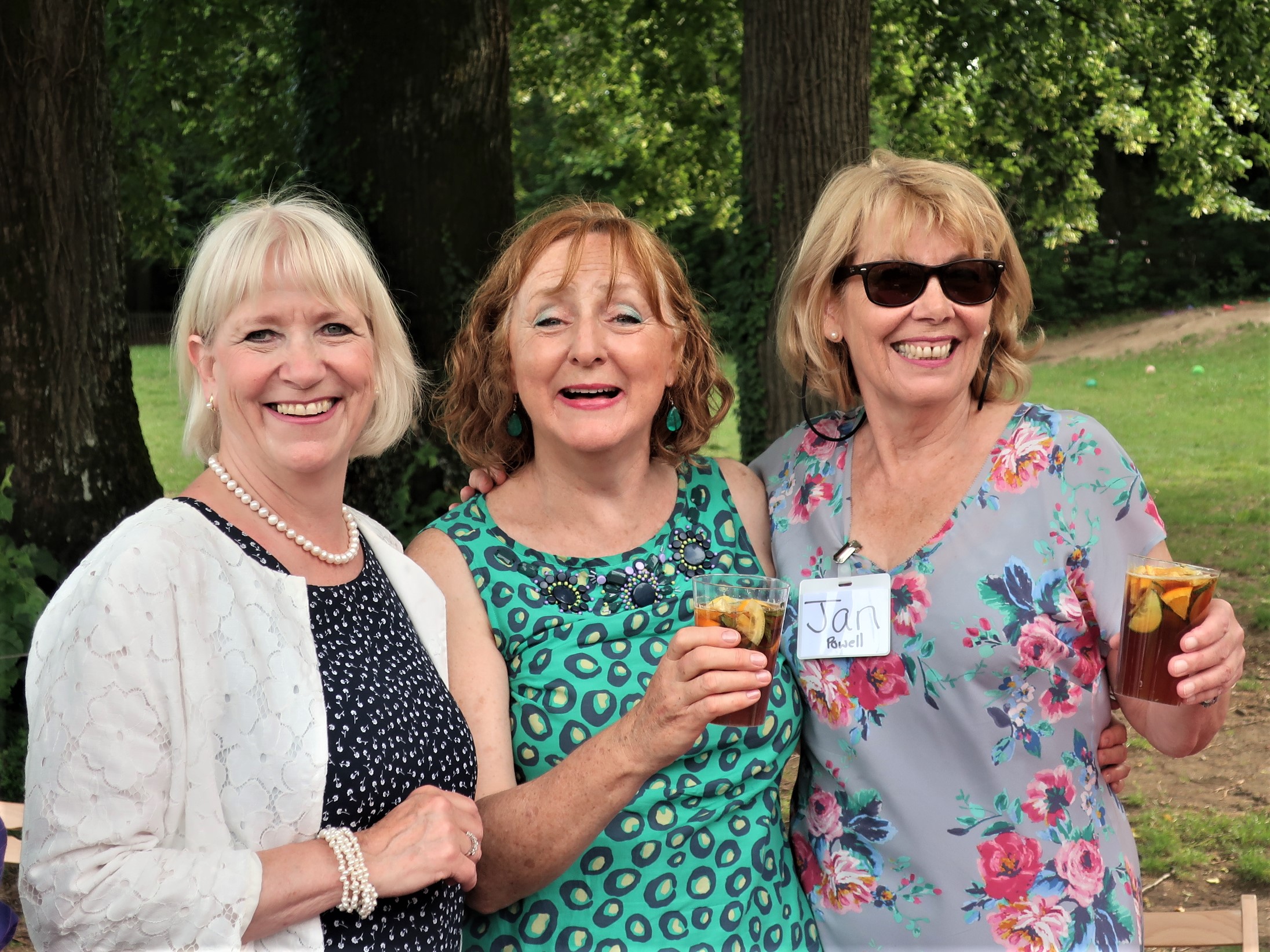 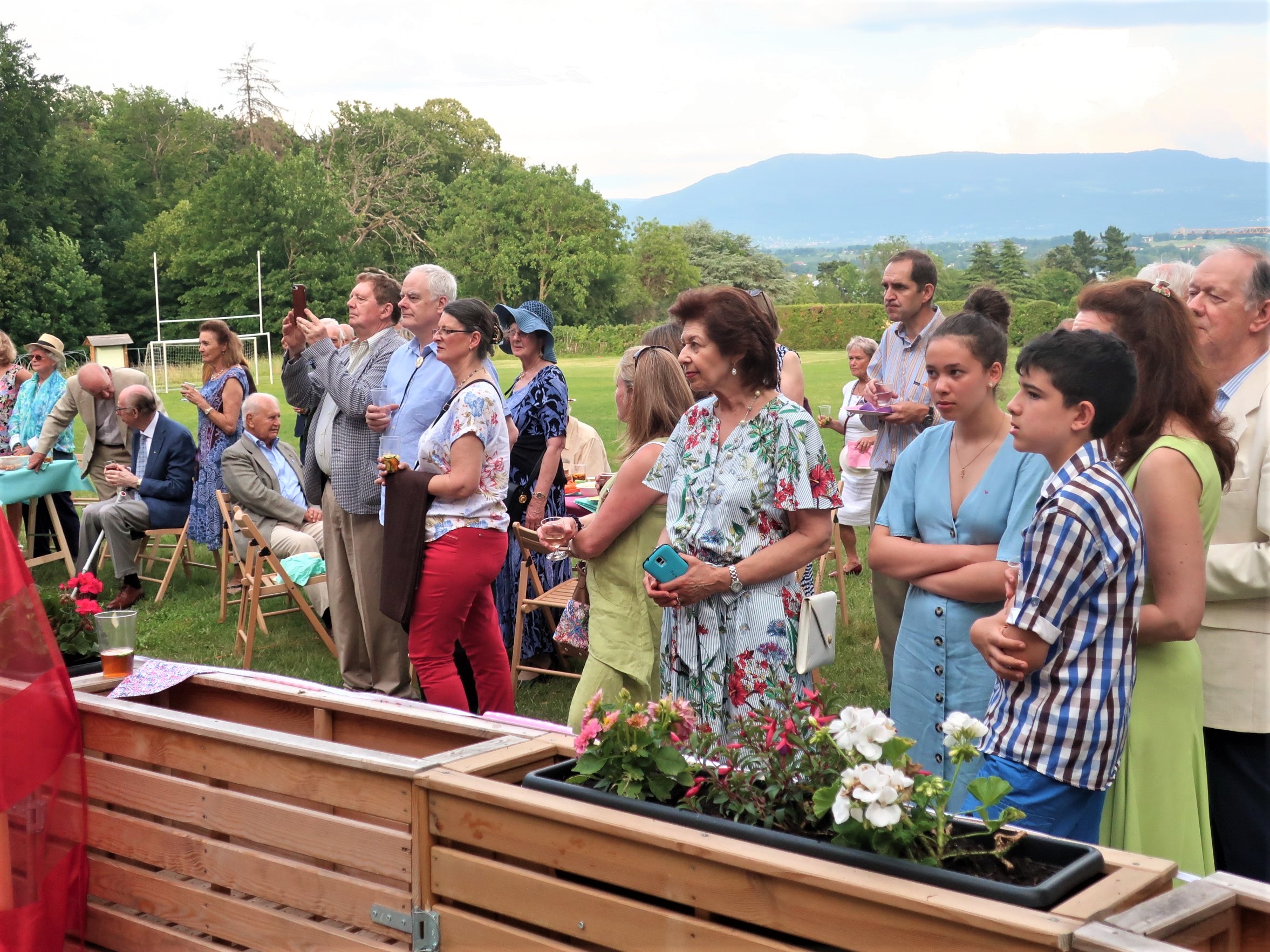 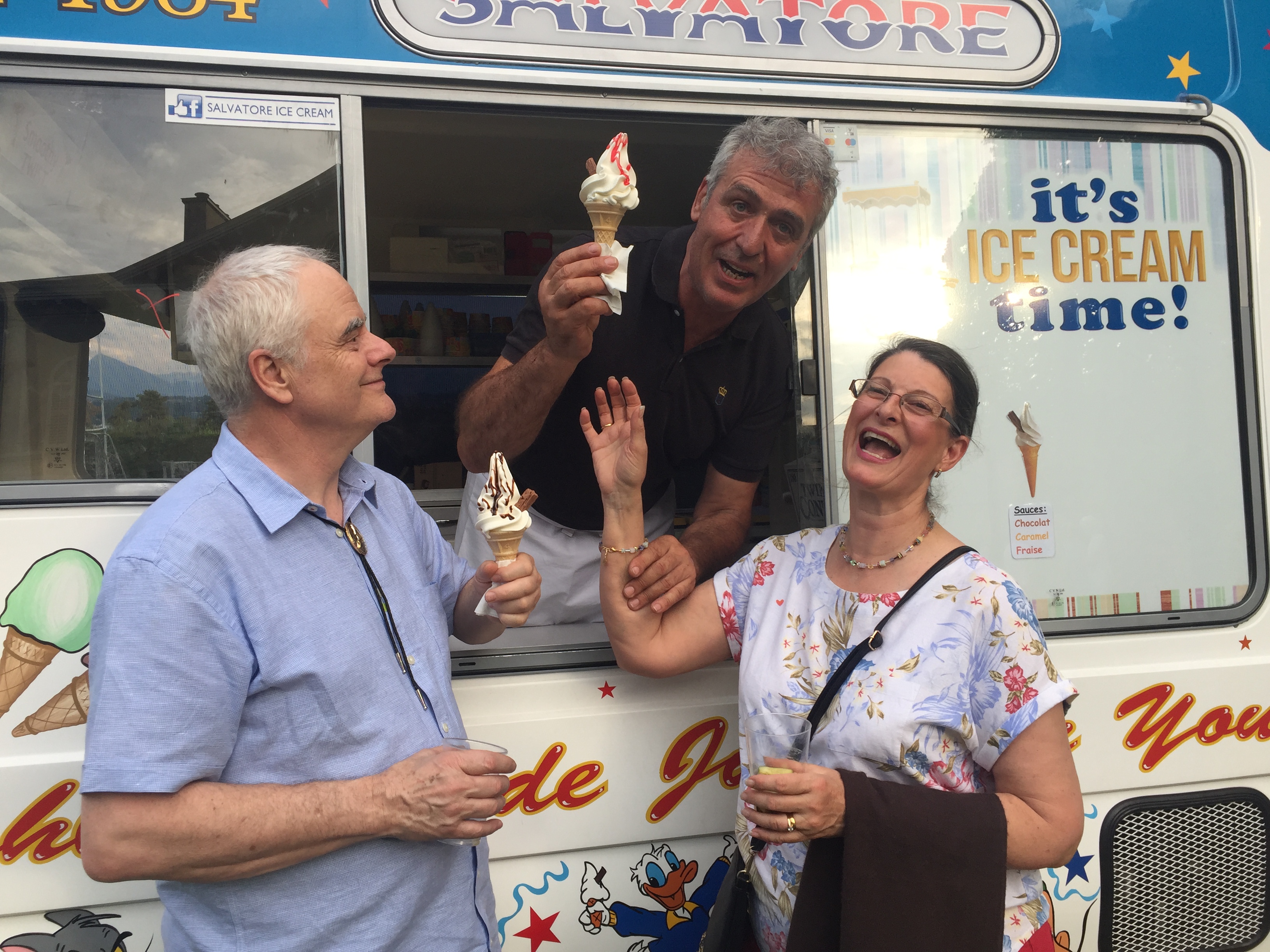 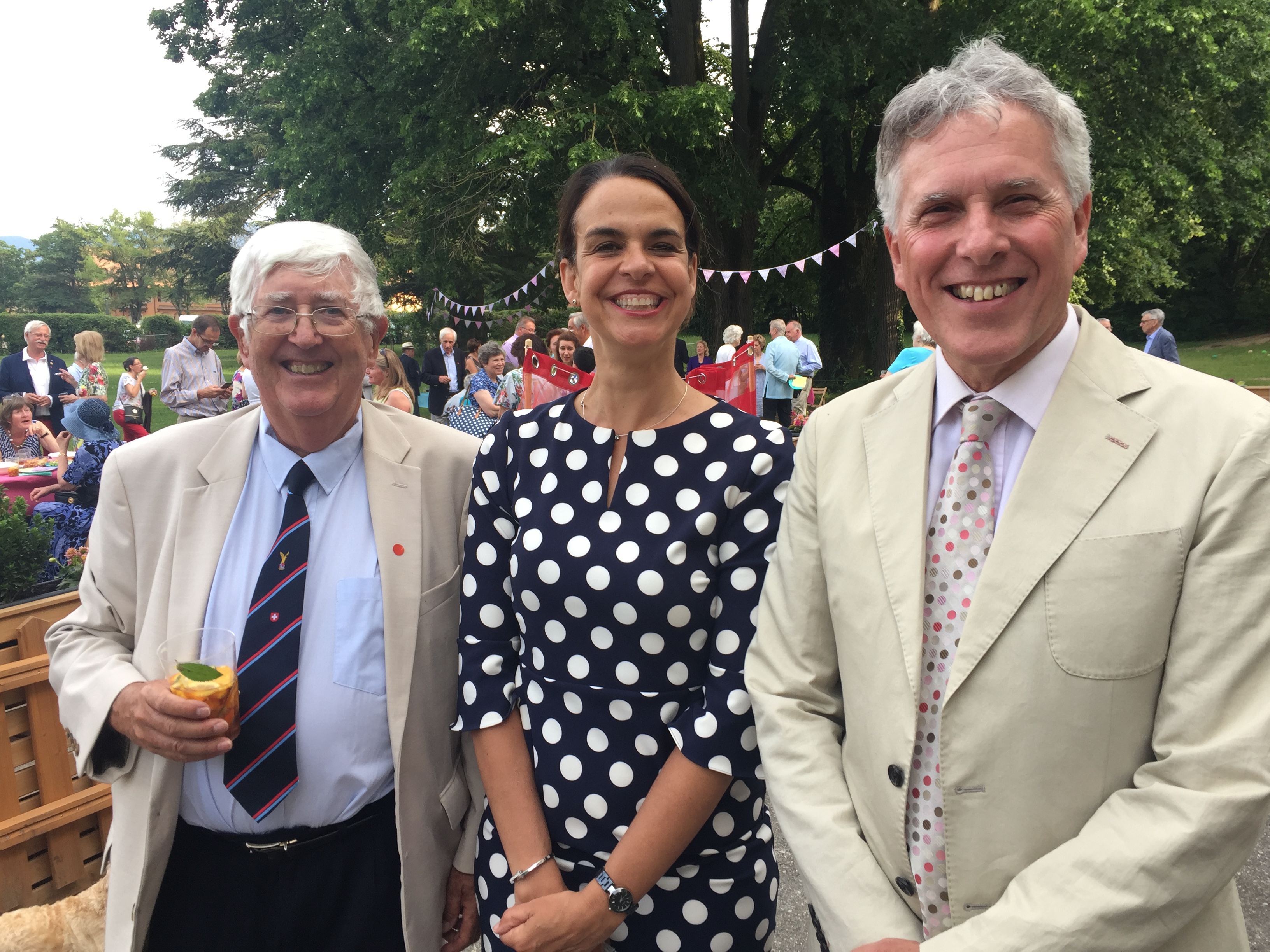 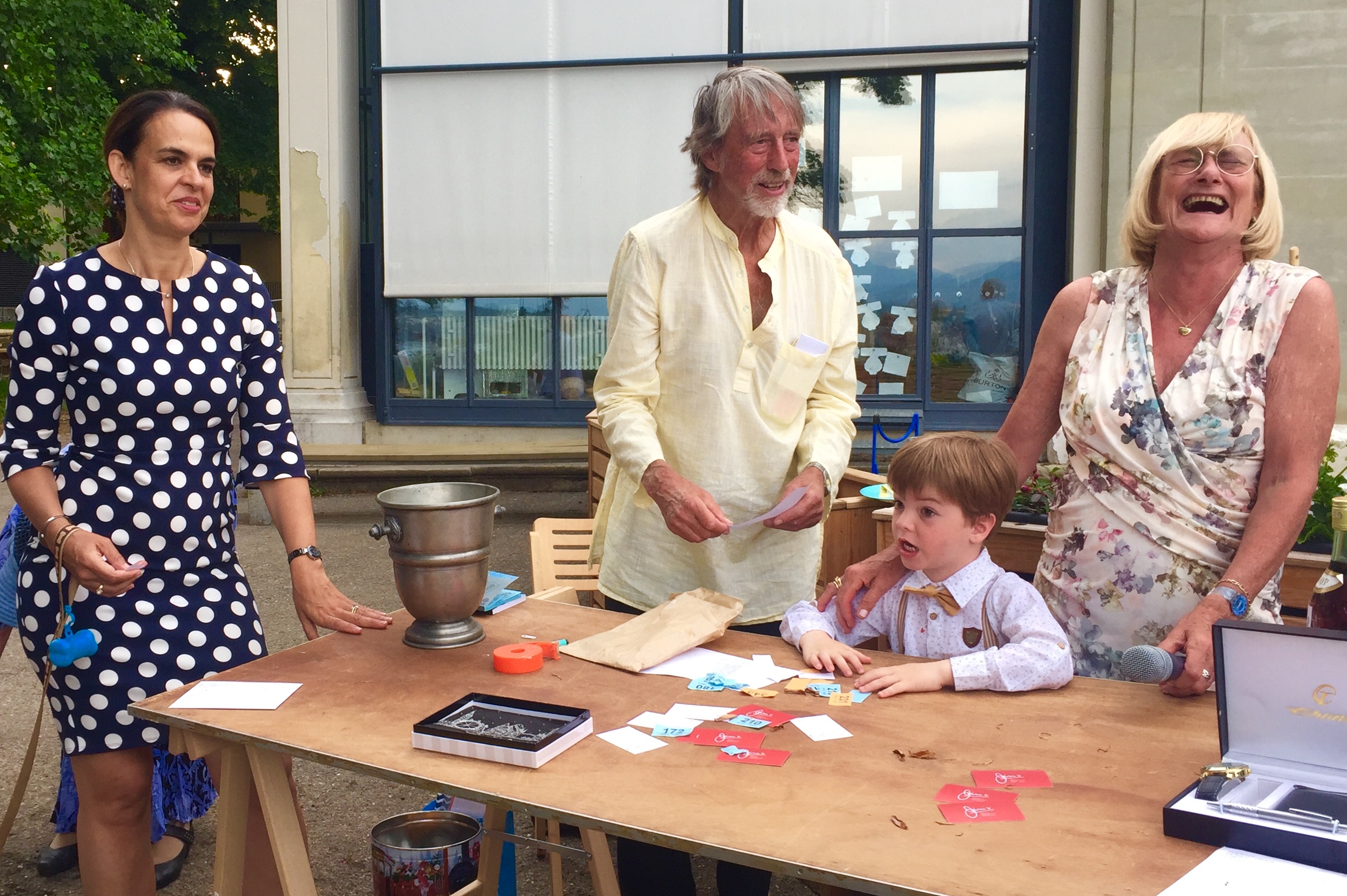 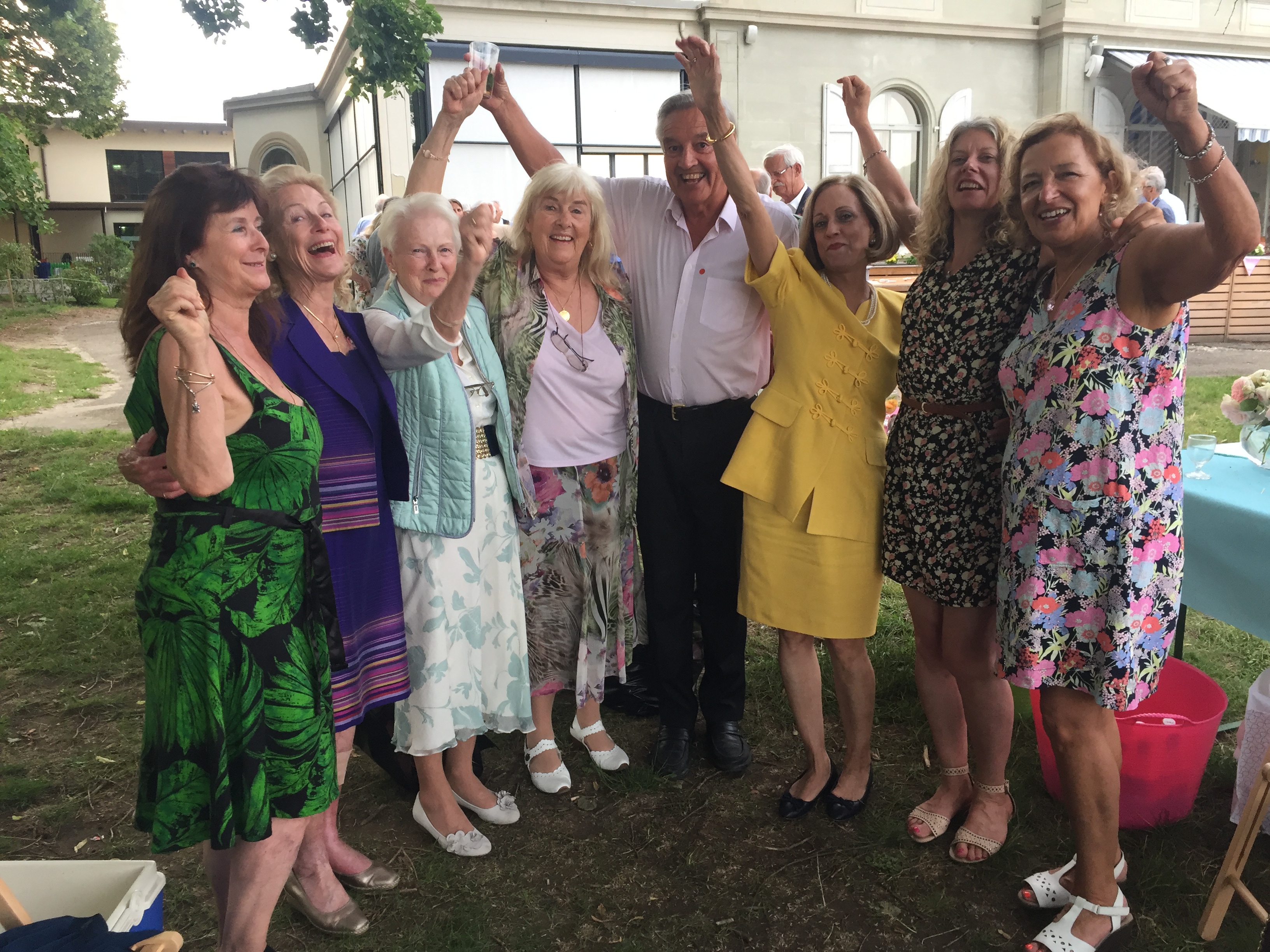