The afternoon although slightly cold, was sunny and BRA Members and visiting guests Bernard and Anita from Northampton, UK, gathered in front of the Park Café & Minigolf, belonging to the Unique Hotel Innere Enge in Bern.

This gave us all ample opportunity to prepare for the trials and tribulations of the competition.
Some of us fortified ourselves with soup and wine (to increase confidence?); others stuck to coffee.

Duly armed with ball, club and a scoresheet, we started off on the 18-hole course.
The first 9 holes are relatively easy, and scores of 1 or 2 were within the reach of all of us; which does not mean there were no 6 or even 7 scores.
After this relatively easy introduction, we descended into the “Pit”, characterised by three challenging holes, which I have named the net, hump, and the slope.
Nobody this year got anywhere near getting the ball into the net.

To encourage players, I suggest that next year there should be a special prize of a glass of prosecco for participants who manage it.
The hump was just possible, the hole being on top of a hump in the middle of the golf area. The slope required the ball to be hit with adequate force, and some of us did manage it.
We climbed up to the last five holes, where again, 1, 2, or 3 lay within the realms of possibility.

After the minigolf, we retired inside and sat down to tea/coffee cakes and sandwiches served by Marianne, which we all very much enjoyed.

Scorecards were duly counted. Somebody has to come last, but Anita had at least the satisfaction of being able to take a box of Swiss chocolates back to England.
The winner this year was Rosemay, who was delighted with her bottle of wine; kindly donated by Marianne.

It was an exciting and delightful afternoon.
We thank Joy for the organisation of the event and we look forward to the minigolf in 2023. 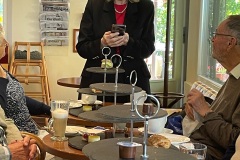 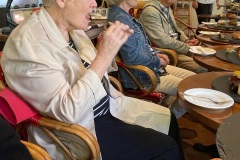 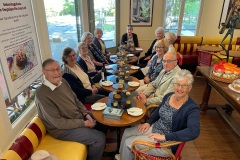 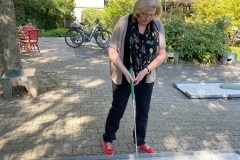 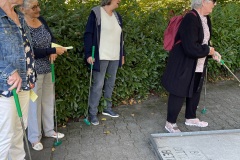 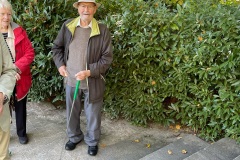 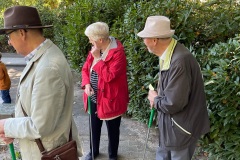 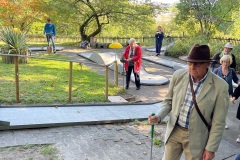 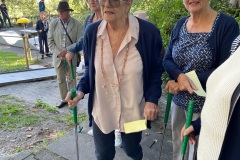 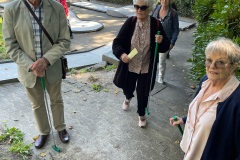